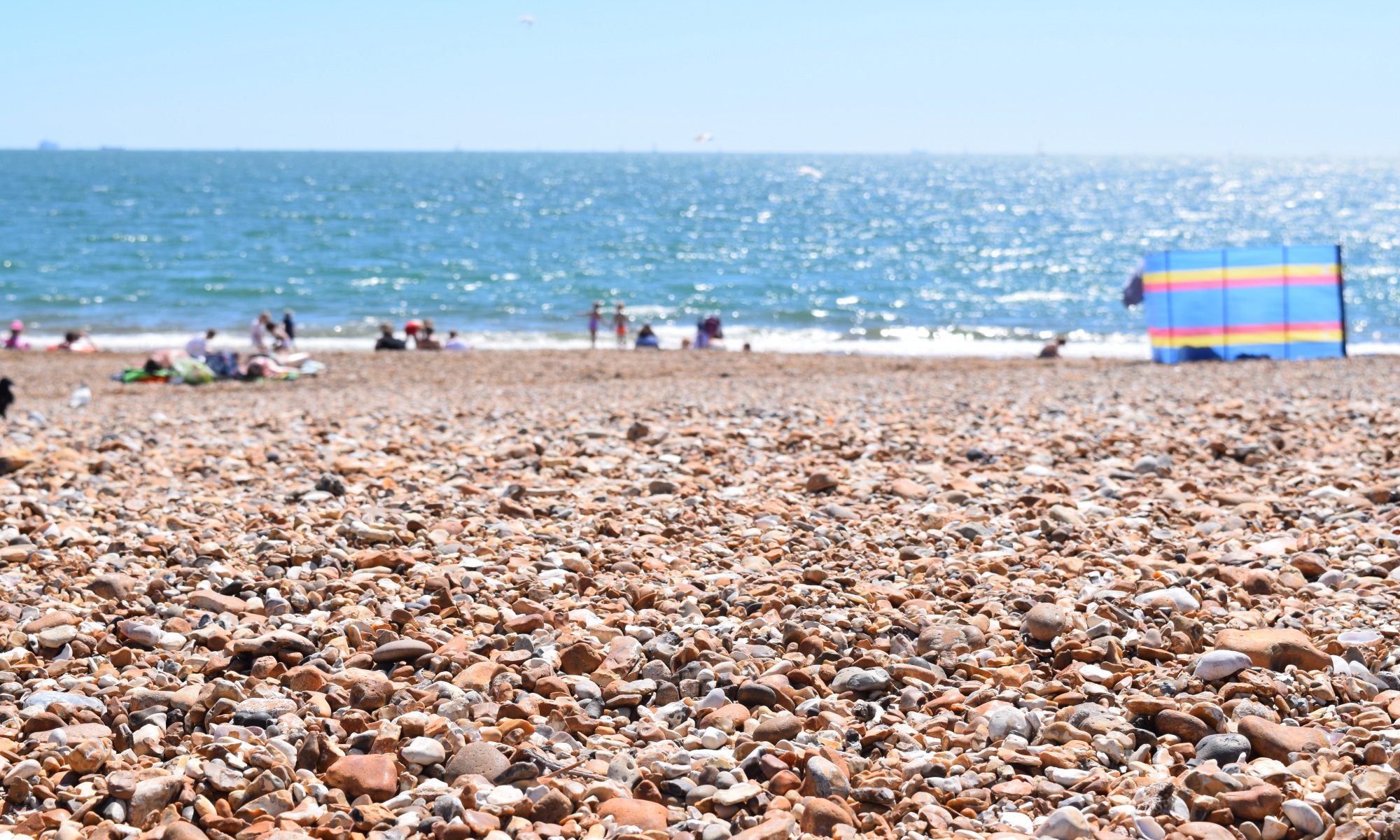 It’s rare for us, England, to get as much sun as we have been getting for the past few months. In my head, a good analogy of England, is rain being a permanent feature of outside and grumpy Brits complaining about it 24/7. The recent weather has put that analogy of us to bed for a while, as the sunshine casts its golden glow on the population below- except for the few people who complain when it’s too hot too. There’s no pleasing you, is there?

Just as predicted, the sun beamed brightly this morning. My boyfriend, Jarrod, and I had arranged to go down to Hayling Island. I had all these plans in my head that we could do, play games in the arcades, relax on the beach eating fish and chips- or ‘chish and fips’ as my comedian of a boyfriend likes to call them. But by the time we got round to the arcade, we both realised we were out of place. We saw too many children and not one person looked our age. The only people who were older than us were the parents of the children running and screaming. It was at this point were I realised that I was too old for this now. Jarrod knew this too. We spent a bit of time on a couple of games; a played Temple Run and we both used the 2p machines for a little while before we ran out of copper and patience with the level of noise inside the arcade.

After grabbing some fries and a Pepsi from Wimpy, we decided to make our way to the beach instead. Surely we’re not too old for the beach? Hayling Island beach isn’t exactly the comfiest of places. Instead of smooth sand there are firm stones. Luckily I brought a blanket. You can’t complain when you’re laying on the beach with the sun beaming down on you, feeling the heat on your skin- even you fussy ones! We fancied ice cream to cool us down. I trudged through the stones in my Converse to the nearby refreshments shack. Jarrod wanted mint choc chip. Refreshing. When it comes to ice cream, I’m boring; plain old vanilla for me. 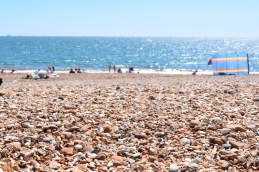 Part of me wanted to stay on the beach all afternoon but another part of me said, ‘and do what…?’ Jarrod and I headed back towards our home but instead of going to our houses, we decided that the day wasn’t over just yet. We drove to Chichester Gate to do some bowling in the new refurbished building. After a conundrum of a member of staff trying to charge us £33 for two games of bowling when we’ve never paid more than £20 (WHAT?!), we finally play. I’m garbage at bowling. Utter crap actually. Jarrod won of course and not just by a few points either. With flying colours: 70 something to 40 something.

The day had to end sometime. Although my plans for Hayling Island didn’t exactly turn out how I thought they would, today was still a good day. It was also a wonderful way to spend time with Jarrod before he flies off to Italy for a week- man, I hope he has WiFi wherever he’s staying.

One thing’s for certain, I am not going back to an arcade/fair… in the middle of the summer holidays… on a hot day!

Thank you for reading!

Start of the decade vs the end of the decade. Oof... It’s incredible how much has happened in ten years - finished primary and secondary school AND college, got into uni where I was able to do my dream degree, got a piece of my writing published, left a job I hated and got a new one which I flipping love, lost some friends but also gained some wonderful new ones, and approaching a two year relationship with my best friend. Bring on 2020, let’s see what shitshow you have in store for us 😂 #2009vs2019
I really need to learn how to do eyeliner properly... 🙄😂 #selfie #me #makeup #hotelselfie
Jarrod and I had a little London getaway on Tuesday and Wednesday and it was so festive! On Tuesday we went up the London Eye at night, looked around the Southbank and Leicester Square markets and had a lovely meal in Steak & Co. The following day we took the tube to South Kensington where we skated on the ice rink outside the Natural History Museum. It was gorgeous. Before heading home, we had a final look around Leicester Square, bought some Lego and M&Ms from M&M World (honestly it felt like I was back in New York all over again) and had a last look in Convent Garden where we found a Venchi (Jarrod was completely over the moon 😂). All in all, a lovely little break from uni and before things at work get hectic with the run up to Christmas! #london #getaway #break #christmas #festive
Had such a crazy year - went on holiday TWICE (I can’t remember the last time that happened) got my braces off, explored Bristol when I visited my auntie and uncle, saw Harry Potter and the Cursed Child, saw Shawn Mendes at the O2, plus getting a 2:1 in my first year of uni! It’s fair to say it’s definitely been the busiest year yet (so a lot of blog content 😜😂). Let’s see what 2020 has in store. #top9of2019 #topnine
Halloween do at work 🕷 (it took me a good twenty minutes to put that bloody contact in!) #halloween #happyhalloween #workdo #halloweencostume
Happy Halloween! 🎃 #halloween #pumpkins #overwatch #halloweenterror #pennywise